Photogrammetry is a remarkable technique that allows you to capture metric data of an object (shape and position) by capturing and analyzing a pair of stereometric frames. Drones application (aerophotogrammetry) operates through the creation of digital terrain models and orthophoto, and produces architectural and architectural reliefs for the creation of 3D models. At present, aerophotogrammetry is one of the three most reliable, economical and accurate data acquisition techniques in the territory, which is also useful in analyzing the change of territory. The photogrammetry by using drone or “aerophotogrammetry” has several technical applications thanks to the use of the ground control points acquisition system: orthophoto, geological surveys, topographic services with drone, 3D models (point cloud reconstructions, contour lines), mapping sites and territories, rendering buildings, site monitoring with hydrogeological disruption, Digital Elevation Model (DEM). 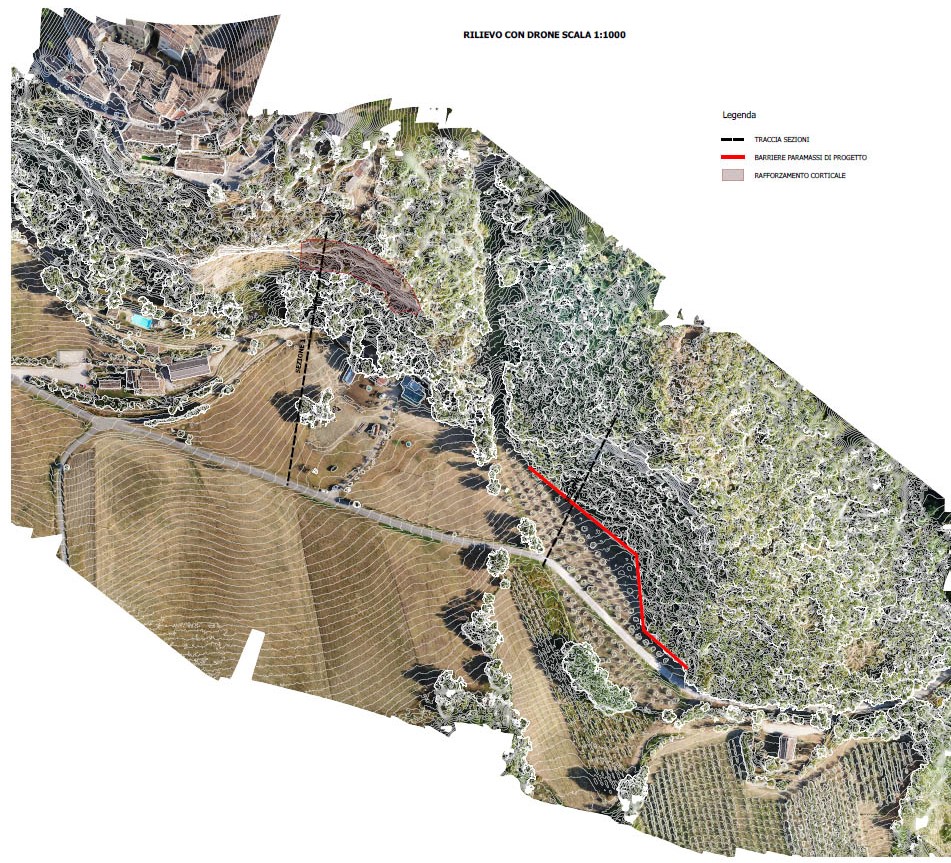 The steps needed to achieve an optimal survey are different and require specific skills and appropriate tools.

A very important thing is the inspection of the area to be surveyed in order to set up the surveying activities in a proper manner.

The key to the correct performance of the topographic survey is based on the positioning of points on the ground (GCP) that can be seen from the photos taken by the drone, in our case through targets measuring 100×70 cm, which will be acquired through gps with differential correction RTK and as an additional option through total station to be able to reposition the survey on a cadastral basis. 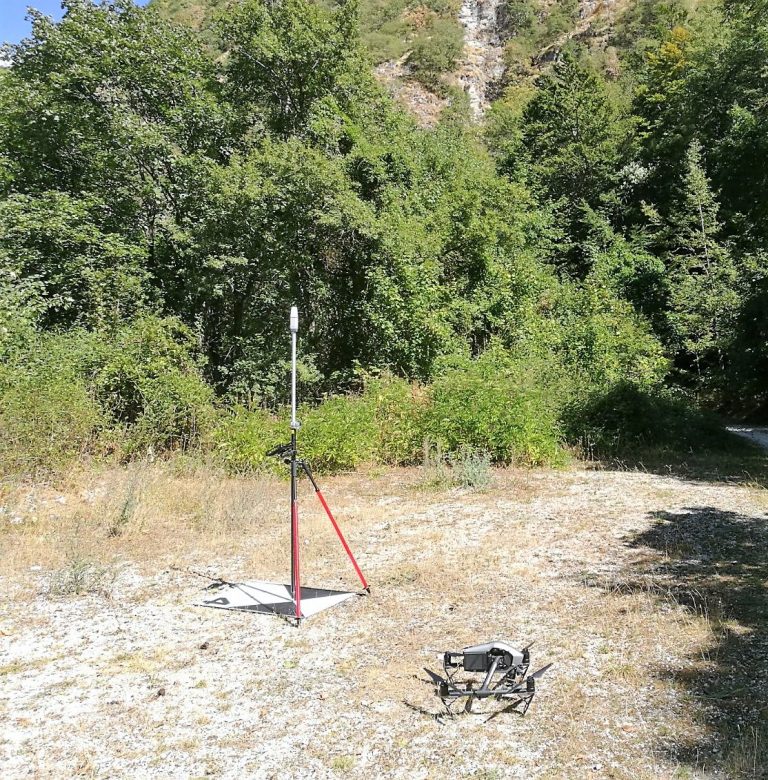 The drone will follow a line set by the operator and based on the height of flight the footprint on the ground will vary. 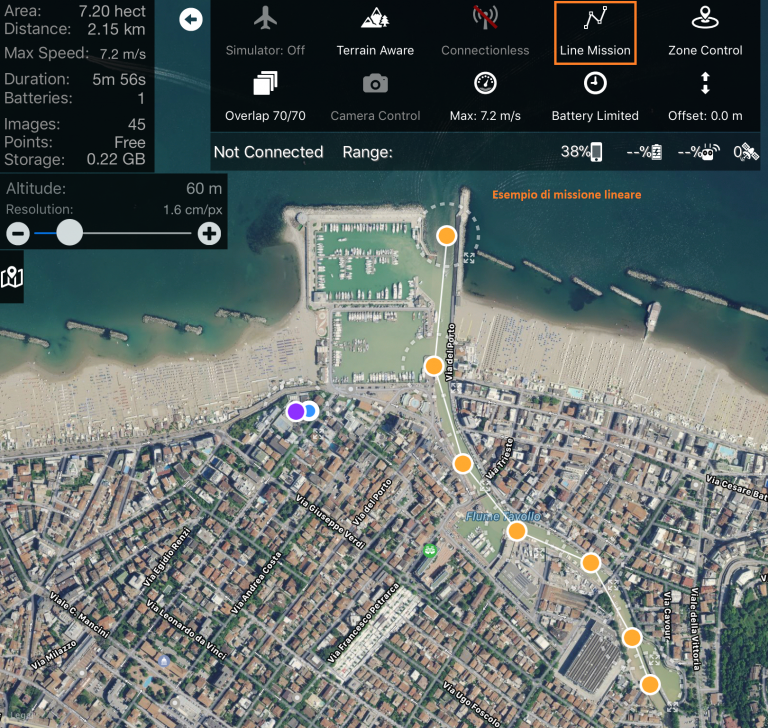 Crossed Grid and Normal Grid Missions: they are basically the same thing, once you create the polygon that covers the area you want to detect and set the overlap of shooting photos and flight altitude the software automatically generates a grid that will be the “road” that runs through the drone. If you choose to perform a cross grid mission, the crosshairs will become double or crossed. 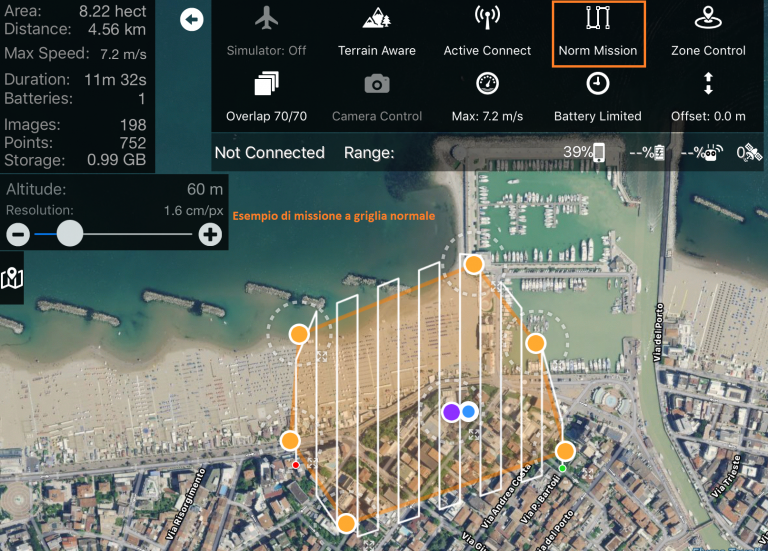 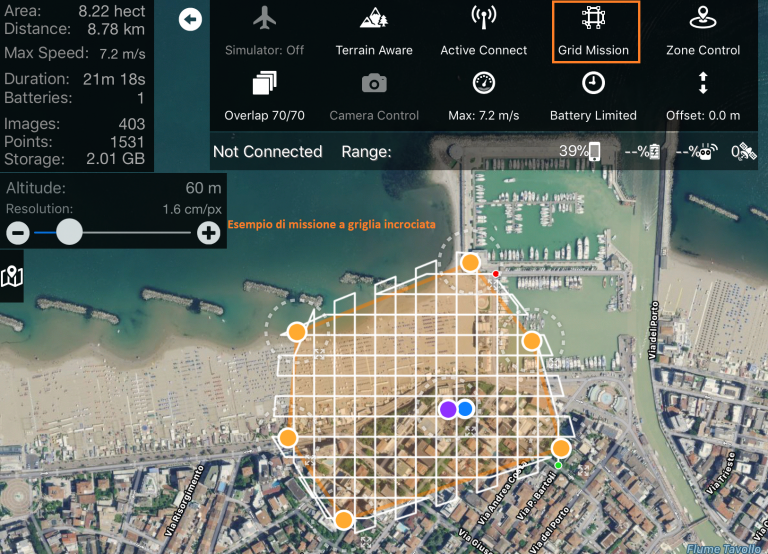 In this mode you will get a much more detailed survey and more photos with the ability to exponentially increase the accuracy of the topographic survey with drone.

The standard quality of Multioptic Drone is very hight thanks to powerful 3.0 instruments:

Multioptic Drone is based in Emilia Romagna and Marche but operates throughout Italy and the EU.

There is no limit to action for Multioptic Drone.

Contact us for a free quote and any additional information. 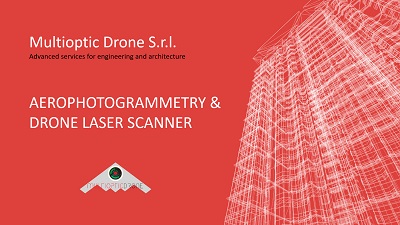